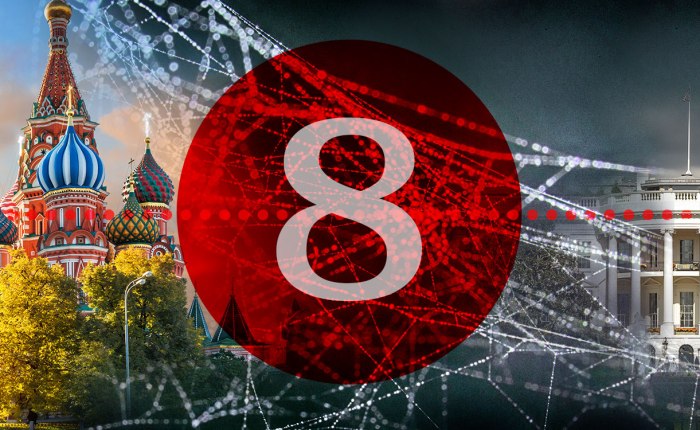 Christopher Steele, a former British intelligence officer, was hired by Fusion GPS to gather “human intelligence” on Trump’s business practices and connections in Russia. The ultimate purpose of this research was to help Hillary Clinton’s Presidential Campaign. Steele’s research took the form of 17 memos that came to be known as the “Steele dossier” or the “Trump dossier.”

Steele, who had been the MI6’s top “Russianist” but who had been outed by a former colleague as a British spy, chose to do his research from outside of Russia by hiring subcontractors whom he believed to be able to gather good intelligence for him by talking informally with key Russian government insiders. Steele would filter out what he believed to be disinformation and then pass the information on in his memos to Glenn Simpson at Fusion GPS.

The detailed summary below of the Steele dossier puts the memos in what is likely their proper chronological order based on the Bates numbers (the memos appear to be out of sequence in the Buzzfeed document). The date of memo #2 otherwise makes no sense.

A likely explanation for the gaps in the Bates numbers is that Steele or his company used the other numbers for other projects.

Disclaimer: The information below was compiled by former British intelligence officer Christopher Steele between June-December, 2016, as part of an investigation into Trump’s business practices and connections in Russia. The research involved Steele paying his trusted contacts in Russia to informally interview people likely to have relevant info. Steele and is not being represented here as either fact or as the opinion of the webmaster unless specifically stated. All statements and assertions should be read as if prefaced by “Steele states that his sources tell him …” Any content that I add will be surrounded by [brackets] and will likely include a link or reference to the source.

Steele’s memos describe a covert Kremlin operation, consistent with known and documented events, to damage the Clinton Campaign and help Trump win the Presidency. If Steele’s findings are accurate, there was active cooperation between people in the Trump Campaign and the Kremlin. Worse, the memos depict the man who has become our President as potentially subject to blackmail by Vladimir Putin – a cunning leader whose interests are hostile to the U.S.

During the Cold War, Putin was a high level officer in the KGB and later the FSB – somewhat equivalent to the CIA. He rightly blames the United States for the Soviet Union’s collapse, and would like to see Russia restored to the global power and glory that it enjoyed during the Cold War Era. Putin particularly despises Hillary Clinton, whom he sees as having actively worked to undermine his and Russia’s power.

Part of Putin’s rise to power is believed to have involved an incident similar to the videotaping of Trump in the Moscow Ritz Carlton. The KGB and FSB were known to have hidden cameras and other recording devices in many of the rooms of Russia’s top hotels. In 1997, six years after the fall of the Soviet Union, then-FSB head Putin publicly released video footage of Russia’s Prosecutor General, Yury Skuratov, having sex in a hotel bed with two women, resulting in Skuratov resigning in disgrace. The event was widely believed to have been an FSB operation. [New York Times]

If Steele’s dossier is accurate, Putin may be using a method against the United States that has yielded positive results for him in the past.

Read more of this special series:
The Trump-Russia Web 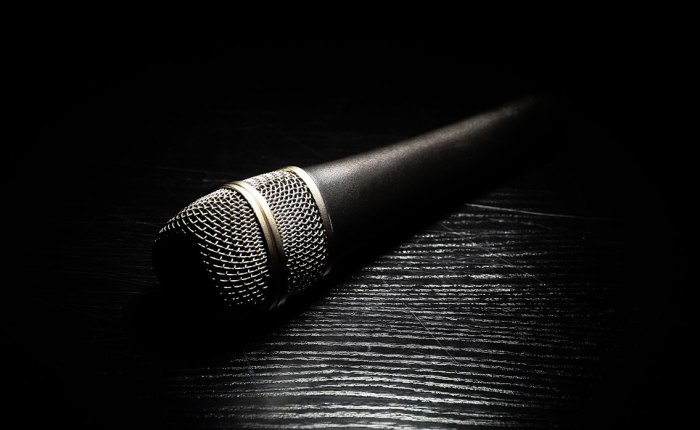 The major Trump news this week was:

On Tuesday, CNN reported that the CIA’s briefing to Donald Trump and President Obama on Russian hacking included a two-page summary of a dossier compiled by a former British intelligence officer about incriminating financial and personal material that Russia had gathered on Donald Trump over the past five years– material which, if it does exist, Russia could presumably use to blackmail Donald Trump as President (Full Article – CNN). Online news source Buzzfeed later published what they asserted to be the entire contents of the dossier (Full Article and Alleged Dossier), which they admitted that they could not verify as factual.

The former British intelligence officer was initially hired by one of Trump’s Republican primary opponents, and was later paid to continue his work by an anonymous Democrat (Full Article – BBC). The former British spy has since gone into hiding, which MSNBC’s Rachel Maddow speculated Friday was out of fear of experiencing the same kind of high-profile London assassination as other individuals who have angered the Kremlin like Georgi Markov and Alexander Litvinenko.

On Friday, January 13, members of Congress were given a classified briefing by Comey and other intelligence officials regarding Russia’s influence on the Presidential election. Although the members of Congress could not elaborate afterward due to the classified nature of what they had been told, many Democrats left the meeting enraged, stating that Comey had lost credibility (Full Article – Huffington Post).

On Wednesday, January 11, Donald Trump held his first press conference since July, 2016 (Full Transcript and Video – New York Times). After weeks of vehement denial, Trump admitted during the conference that Russia probably did interfere with the US election which has resulted in his impending Presidency. However, when questioned about the dossier, he angrily denied any truth it, pointing out that the Kremlin had just offered reassurance that they do not have such information (Full Article – Washington Post). It should be noted that such documents and videotapes would be of far more use to Russia after Mr. Trump has been officially sworn into office on Friday, January 20.

At the press conference, Mr. Trump also announced his plans for ensuring that he will put the interests of the American people above those of his businesses. His plan consists largely of turning his businesses over to his sons while he is President, along with an assurance that he and his sons will not discuss the businesses for the duration of his Presidency. Many ethicists believe that this plan does not address conflict of interest issues (Full Article – Tha Atlantic). A true resolution to his conflicts of interests would involve Trump selling his businesses and putting the cash in a blind trust, to be invested in a way that he has no knowledge of during his Presidency.

With vetting of most Cabinet members still unfinished, the Senate packed numerous Cabinet confirmation hearings into a very short time period – unusual particularly given how controversial many of Trump’s Cabinet selections are (Schedule and Links to Coverage – Politico). Also unprecedented was the decision by three African American Congressmen to present testimony against their colleague, Senator Jeff Sessions, who has a questionable record on civil rights, but whom Trump has chosen as Attorney General (Full Article – Politico).

Many of Trump’s selections expressed differences of opinion with him on significant issues – building the wall, the Muslim registry, etc. (Full Article – NPR). While this may be reassuring to some, it should also be noted that Trump’s Cabinet picks could simply have made these statements to ensure that they could get through the hearings, fully aware that they can always “change their opinion based on new information” later.

What do you get when put Donald Trump’s most passionate supporters and most passionate protesters together in the same city – in adjacent hotel rooms, eating at the same restaurants, overhearing each other’s conversations, and finally turning out in force in the streets to express themselves? We’re about to find out. Tens of thousands of supporters and protesters are expected to arrive in Washington DC for Trump’s Friday Inauguration Ceremony (Full Article – Politico), with another 1,200 busloads of protesters expected to come to the city for a Women’s March on Washington scheduled for Saturday. (Many cities around the country will also be having local protests on Friday and Women’s Marches on Saturday).

Cartoon originally published by Norwegian news outlet VG, and falsely rumored to have been banned from Twitter and Facebook: 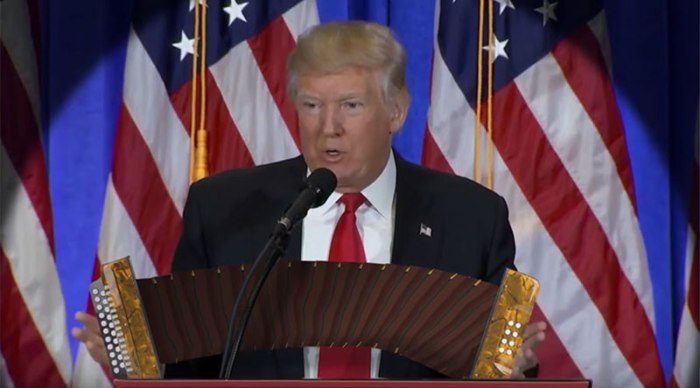