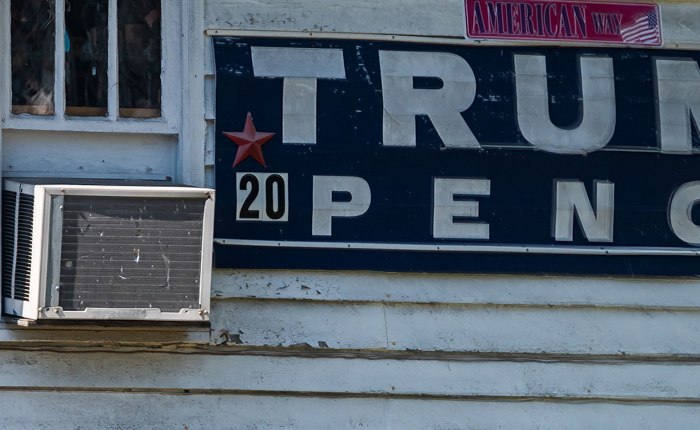 It’s been a wild four years, hasn’t it? Lots of ups and downs. It’s been great to see your values implemented in our country. Among the highlights:

But the Trump Presidency hasn’t been all fun and games for you. Probably most unpleasant has been having to explain your support for him. You wish that he’d stop his annoying tweeting, you know that he’s rude and obnoxious and immature and an egomaniac, and you wish that he’d denounce white supremacists more forcefully and clearly, and without having to be prompted to do it. You spent the early part of his Presidency defending yourself, as if your support for him was somehow a reflection of your own character. You’d tell people that you aren’t a racist, or dumb, or a gullible mark who fell for a slick con man selling snake oil. But no justification was ever good enough for them, and they finally just stopped talking to you, instead just looking at you as if they actually did think that you were racist or dumb or gullible. It’s been tiring – exhausting really – and it’s frankly offensive that anyone would actually think that of you. And yet every day, the President says or does something new that brings up the whole thing all over again. YOU ARE NOT DONALD TRUMP – you just voted for him. Why can’t people get that straight?

Despite the prospect of four more years of this tediousness and occasional outright hostility, it’s desperately important not to let Joe Biden get elected. Trump has repeatedly said that Biden spent 40 years in Washington and got nothing done, but that 40-year track record of doing nothing will surely dramatically change now. And his modesty, compassion and decency are all just an act that fooled even his friends like Lindsey Graham for decades. Rest assured, Joe Biden is a foaming-at-the-mouth communist who secretly strangles puppies and tortures kittens for fun.

By voting for Donald Trump, you have a chance once more to completely own the libs! The glee that you experience from that vote, that vengeful poke in the eye to the people you can’t stand, may result in a brain drain from the U.S. as many suburbanites on the left flee what they are concerned is a nation swirling the drain into authoritarianism and economic/social collapse. But your vote can make America great as it rounds the corner to something like nobody’s ever seen before. And when America comes away deeply diminished from its dalliance with Donald Trump, his words will offer you comfort: you knew he was a snake before you took him in.